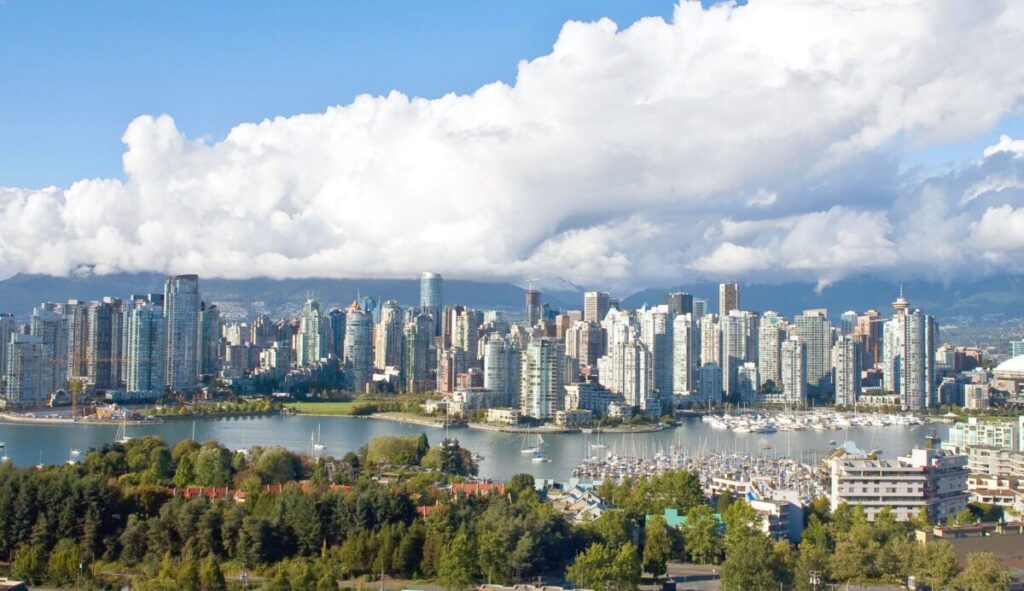 Vancouver, British Columbia is where the ocean meets the mountains. Aside from spectacular natural beauty, this British Columbia coastal metropolis has a relaxed charm that makes it one of the most popular Canadian cities to visit.

Vancouver, British Columbia is also a gateway to all sorts of nearby adventures, including Whistler/Blackcomb ski resort, and numerous islands off the coast. The city also acts as a port stop for cruise ships that are most often headed to Alaska.

The city is less than three hours from Seattle and boasts an exceptional public transportation system that can take visitors from the Vancouver International Airport to downtown in about twenty minutes.