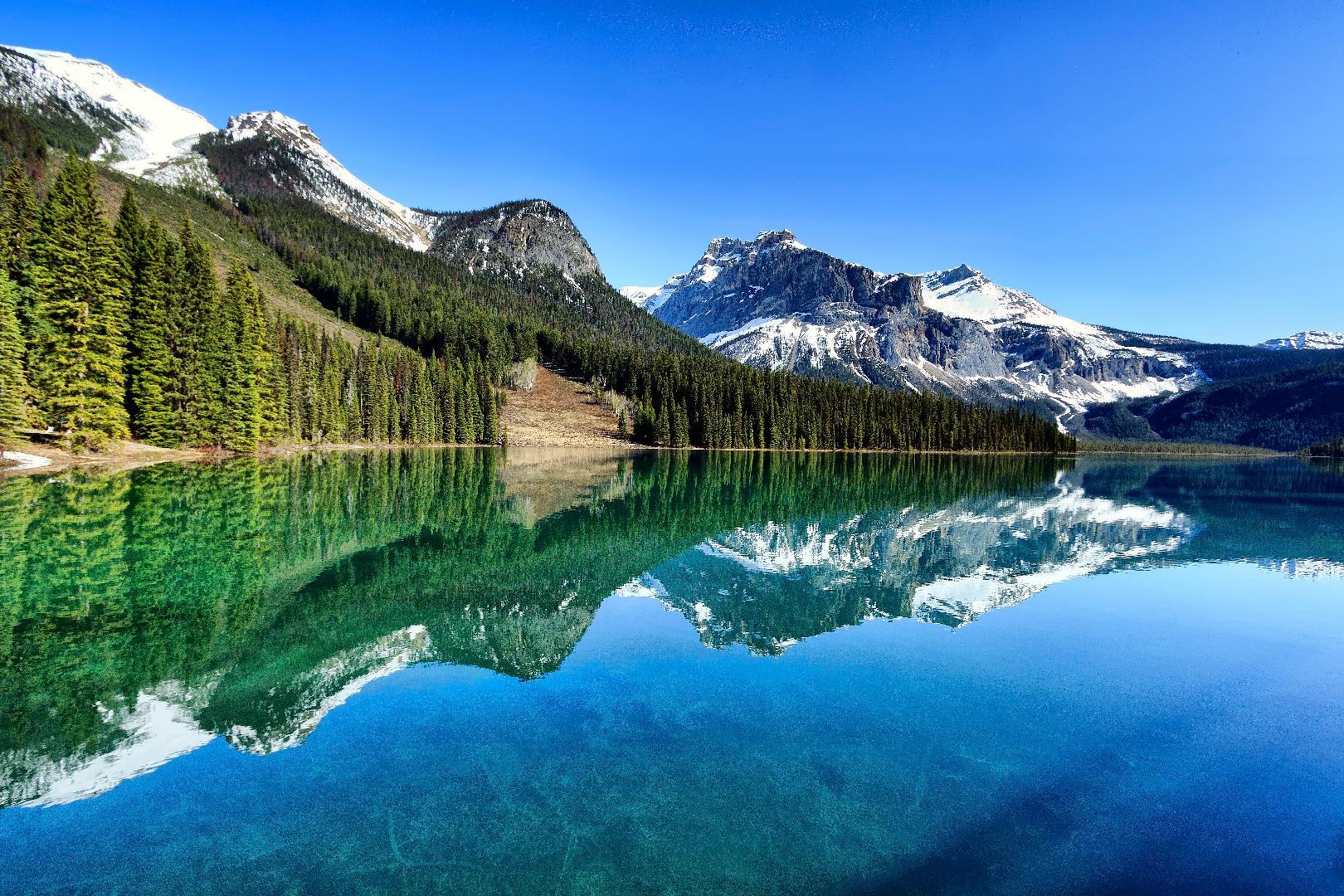 Canada has vast spaces of natural places, most of the land are natural forests and open areas. Today we are going to highlight some of the most astonishing places in Canada.

The following were voted as the Natural Wonders of Canada by viewers of The National, a program on Canadian public television channel, CBC.

The Cabot Trail is a scenic route that also serves as a provincial highway in Nova Scotia, covering Inverness and Victoria Counties on Cape Breton Island. Cabot trail is a total of 185 miles long and finishes in a loop going around the northern edge of Cabot Island. The whole of Cabot Trail offers many spectacular views along its route of the Cape Breton Highlands National Park, the Atlantic Ocean, the Margaree River valley and the inland sea that is the Bras d’Or Lake. Cabot Trail is also home to many small fishing communities scattered throughout its route on Cape Breton Island. Some of the notable communities are Baddeck, home of the Alexander Graham Bell National Historic Site and Pleasant Bay, which is known as the whale watching capital of the island.

The Rockies – Alberta And British Columbia

The Canadian Rockies are the Canadian part of the vast Rocky Mountains range. They stretch 900 miles across the western provinces of Alberta and British Columbia, starting at the American border and ending at the Liard River. The tallest peak in the Canadian Rockies is Mount Robson, which stands at 12,972 feet (3,954 meters) tall. Mount Robson also sits right on the continental divide of North America towering over the nearby Yellowhead Pass, which has a moderate elevation and makes for a stunning visual contrast. Rivers are also a major part of the mountains, as many rivers are found within the mountain range and the mountains act as the source of several major river systems such as the Columbia River. There are also five different national parks that are found inside the Canadian Rockies. The four national parks of Yoho, Jasper, Banff and Kootenay combine to form the Canadian Rocky Mountain Parks. The fifth part is the Waterton-Glacier International Peace Park, which spans the Canada-US border and combines the Canadian Waterton Lakes National Park with the American Glacier National Park.

The Northern Lights, also known as an aurora borealis, is a natural light display in the sky that takes place in high latitude regions of the Arctic and Antarctic. Auroras form when the magnetosphere is properly disturbed by the solar wind of the sun and the charged particles of both go into the upper atmosphere. This produces an aurora that can be different in terms of its size, colors and activity. Auroras can appear in a variety of different colors like red, green, blue, yellow and pink. The northern lights of Canada are best viewed at night, in the rugged and snowy wilderness of the Northern part of the country where they are best seen and most often appear.

Nahanni National Park Reserve is located in the Dehcho Region of the province of the Northwest Territories. The national park was established in 1972 and soon afterwords was made a UNESCO World Heritage site in 1978. The main feature of the park is the South Nahanni River, which runs the range of the park and is one of the rare rivers in the world that is antecedent, meaning that it has kept is course over its history. There are also four main canyons that line the South Nahanni River, with the fourth canyon (Five Mile Canyon) being the only named one due to its length. The Virginia Falls in the park have a total drop of 315 feet (96 meters) when you include the Sluice Box Rapids above, which makes it twice the height of the more famous Niagara Falls. The park is also home to the Rabbitkettle Hotsprings and the largest tufa mounds in the country. The park is also in three different ecozones in Canada and houses 180 birds, 42 mammals, 16 fish and several amphibian species.

The Bay of Fundy sits on the northeastern ends of the Gulf of Maine between the provinces of New Brunswick and Nova Scotia. The Bay of Fundy was inhabited by the Mi’kmaq people for centuries before the French arrived in 1604 and tried to established a permanent settlement at St. Croix Island. Over the 17th and 18th centuries the area was involved in about a dozen wars, most notably the Acadian Civil War (1635-54), the four French and Indian Wars (1688-1763) and the American Revolutionary War (1775-83). The ports of the Bay of Fundy also produced the largest wooden ship built in Canada, the William D. Lawrence and the first female sea captain in North America, Molly Kool (1916-2009). The Bay of Fundy, which receives the waters of several rivers from the provinces of New Brunswick and Nova Scotia, is best known for having the highest tidal range on Earth and for having one of the highest vertical tidal ranges. The Bay of Fundy has tides that can reach a maximum measured range of 53.5 feet (16.3 meters).

The Niagara Falls are one of the most famous waterfalls on Earth and is actual the collective name of the Horseshoe, Americana and Bridal Veil Falls that combine to form the Niagara Falls. The falls sit on the Canadian-American border between the state of New York and the province of Ontario. Niagara Falls has the highest flow rate of any waterfall on Earth and has a vertical fall of over 165 feet. The Niagara Falls have long been used as a source of power on both sides of the border, but this was truly harnessed in 1961 when the Niagara Falls hydroelectric project went online, which at the time was the largest hydro-power facility in the Western world. They are also noted for their natural beauty, with tourism to the site becoming popular starting in the 19th century. By the middle of the 19th century tourism to the falls became the area’s biggest draw and helped to benefit the region economically. Today, the Niagara falls are still a major attraction and have been the subject or location of various movies, books, literature and art work over time.

he Sleeping Giant is a formation of sills and mesas made from igneous rock and is 1,847 feet tall. It is located east of the city of Thunder Bay in the Thunder Bay District of the province of Ontario. The Sleeping Giant is the main attraction of the Sleeping Giant Provincial Park that is located on Sibley Peninsula east of the city of Thunder Bay. The giant itself is located on the southern-most extension of the Sibley Peninsula. From the city of Thunder Bay the formation offers its best view, appearing as a giant laying down on its backside. According to one of the legends of the native Ojibway people, the giant is actually Nanabozho. Nanabozho is the trickster, cultural hero and spirit that appears in many stores of the Ojibway. This legend say that Nanabozho was turned into stone once the hidden location of the vast silver mine, now known as Silver Islet, was divulged to the white men.

That was only a glimpse of what Canada has to offer when it comes to the beauty of the nature it has within its territories.

Vancouver, British Columbia is where the ocean meets the mountains. Aside from…